When a small startup company in Burlington, Massachusetts, USA advertised that it was developing a tiny alternative to CPAP that would treat sleep apnoea with no hoses, no mask, no pump, and no cords, the world sat up and took notice. So many people took notice, in fact, that the machine, dubbed Airing, reached its crowdfunding goal in the first two hours of its Indiegogo campaign.

As funding continues to pour in, the company has shown that, if nothing else, most people who use CPAP really hate it and are eagerly awaiting an alternative.

The Promise of Airing 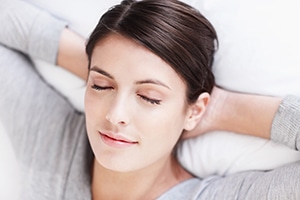 Airing promises to perform the function of a standard CPAP machine using just a tiny device that fits under the nose. The small, disposable device promises to use hundreds of tiny microblowers (actually more similar to electric pumps than fans) to suck in air and blow it into your airway to maintain the air pressures that keep your airway open. It promises to treat sleep apnoea and snoring without a mask, hoses, straps, or cords.

Airing promises to be virtually silent and highly effective. It promises to be so much more pleasant than CPAP that many people will adopt it and keep it up.

However, despite the wish that this device will work and will be a practical alternative to traditional CPAP, there’s a lot we still don’t know about Airing. First of all, we don’t even know if it will work. Close reading of the funding campaign page reveals that they haven’t even built a functioning prototype yet. Conceptually, the machine seems pretty simple. It ought to work in a basic way, but that doesn’t mean it will be a practical sleep apnoea treatment.

One problem is that many people need high CPAP pressures to keep their airway open. With nothing to secure the device to the nose, it’s likely that Airing might push itself off with its own pressure. And while we’re talking about securing the device, it’s likely that people could dislodge the device while sleeping, especially if they’re side sleepers. Just a bump would probably be enough to knock the device off the nose.

Another problem is that Airing won’t work at all for mouth breathers. And it lacks some of the features that some people rely on to make CPAP more comfortable, such as humidifiers and a control that allows adjustment of pressure, including a gradual ramping up of pressure at night.

If it passes all those hurdles, we might someday see this CPAP alternative for sale in Sydney.

But here’s a big secret: we already have an alternative to CPAP that can benefit many sleep apnoea and snoring sufferers. Oral appliances are a convenient, comfortable way to treat sleep apnoea without a mask, hoses, and pump.

If you would like to learn more about the great alternative to CPAP that’s available now, please call (02) 9686 7375 for an appointment with a Sydney sleep dentist at My Hills Dentist.