For Hundreds of Thousands of Australians Dentures “No Need”

Researchers from the University of Adelaide decided to take a functional approach for evaluating whether people who were given dentures actually “needed” them or not. Their conclusion: in hundreds of thousands of cases dentures were not considered strictly necessary. 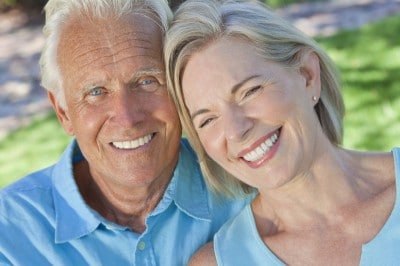 Researchers looked at data from 2700 patients and in each case assessed whether dentures were strictly necessary, based on the number of teeth a person had remaining, the positions of the teeth, and the size of their mouth. They then extrapolated their findings to the population as a whole and determined that perhaps 434,000 of the Australians who are recommended to receive partial dentures, dental implants, or dental bridges at some point in their lives do not actually need them.

Researchers said that they only considered dentures strictly necessary if people lacked an appropriate number and distribution of teeth to chew effectively. They said that as long as people had an appropriate number of cutting and grinding teeth in a reasonable configuration, they didn’t actually need dentures. Researchers said that until that point was reached, tooth loss didn’t “[interfere] with quality of life.” They also noted that people with shortened arches reached that point at a lower number of teeth than other people.

They said that, rather than investing in prosthetic treatment for people who had not yet reached this “cutting off point,” it was best to invest in “prevention of further tooth loss, diagnostic services and follow up for the patient.”

Dentures Are about More than Chewing

Although this is certainly an important perspective to consider, it misses part of the point of dentures. Teeth are, after all, used for more than chewing. Speech, for example, is an important function performed partly by teeth, and if people are missing too many teeth, they may be difficult to understand, which is definitely a quality of life issue.

Teeth are also important because of their role in appearance. Being attractive is actually an essential function of teeth. With missing teeth, that function is compromised. The appearance function is vital in many circumstances, including job interviews, where they can make the difference between a person remaining a productive member of society or going on the dole virtually for life.

And we shouldn’t underestimate the importance of appearance to self-esteem and self-worth. This is not a trivial consideration, and is most definitely an important aspect of quality of life.

Finally, it’s worth noting that investment in prosthetics is actually an investment in “prevention of further tooth loss” as complications from one lost tooth can lead to others.

If you are looking for a dental practice that understands how important your dentures are, please call (02) 9686 7375 for an appointment at My Hills Dentist in the Baulkham HIlls area of Sydney.