Cosmetic dentistry is more popular than ever. For all the ways that fashion drives us to change our appearance, one thing has remained relatively constant: straight white teeth never go out of style.

Unless, of course, design company CHRŌM has its way. The company, which sells what it calls “tooth polish” hopes to make white teeth seem quaint and old-fashioned. Tooth polish is similar to nail polish–a colorful paint that you brush onto your teeth to make them colorful. But can the company and its adherents really sell the public on the notion that colored teeth are attractive and not garish or unhealthy? 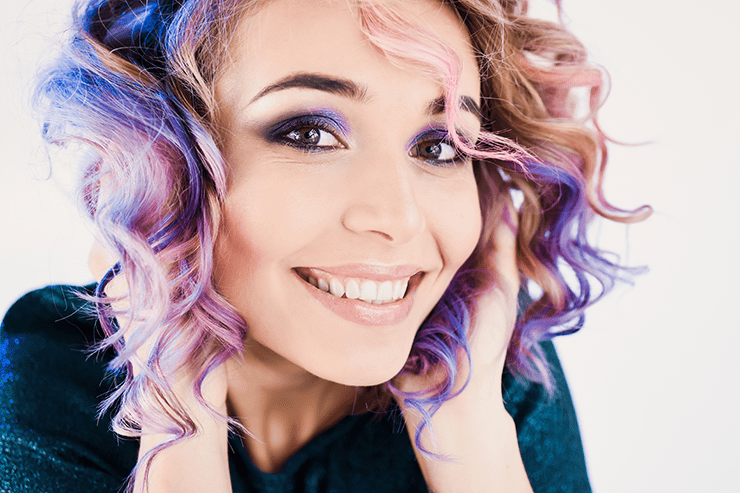 What Is “Tooth Polish”?

What is CHRŌM’s tooth polish? The inventor, David Silverstein, says the product is made using a grain alcohol base. The pigments are similar to food coloring and are safe according to the rules in the US Food, Drug, and Cosmetics Act. Most likely, this means that it would pass muster in Australia, too.

The tooth polish is supposed to last up to 24 hours.CHRŌM claims the polish won’t smudge when  you eat or dissolve when you drink. They also claim that it has no taste, so your eating won’t be affected when you’re wearing it.

The manufacturer claims that the compound won’t stain your teeth. They also claim that the paint was formulated by dentists.

However, it’s hard to imagine that it won’t stain your teeth. After all, food coloring can contribute to tooth staining. And we’re talking about putting your teeth in direct contact with food coloring for up to 24 hours straight. If we assume that drinking a cup of tea puts your teeth in direct contact with staining compounds for about 15 minutes, then one application of tooth polish might be the equivalent of 96 cups of tea in terms of staining exposure, or about 70 days worth of tea at the average rate of drinking in Australia.

Based on these facts, it’s hard to believe that tooth polish wouldn’t result in some degree of tooth staining. However, it probably wouldn’t be too bad as long as you didn’t use it too regularly. And if the pigments really are similar to food coloring, teeth stained by this product would probably respond well to teeth whitening.

Will It Go Mainstream?

Right now, tooth polish seems like it’s the kind of thing that’s being enjoyed by a relatively small number of people. It’s supposedly very popular on the music festival scene. But for all the garish colors and glitter at the Rainbow Serpent Festival, the smiles still seemed to be all bright white.

There’s a good reason for this: the natural variation in teeth (especially tooth color) is not nearly as wide as it is for other aspects of our appearance. Some people have light hair, some have dark. Some have straight hair and some have curly. Some people have fair skin and some have dark. Bodies come in all shapes and sizes: tall and short, fat and thin. All of these can be beautiful, so it’s easy to make the transition to other variations that might not be natural, but reflect the natural tendency toward variation. Neon hair, glittery skin, tattoos, and piercings all build on the natural variations in appearance, and that makes them relatively easy to accept.

But when it comes to teeth, we all have basically the same color of teeth: white. Any other color hints at illness. This makes it very hard to get people to accept tooth colors other than white.

Consider that tooth jewelry and “grillz” hit the scene more than a decade ago, but quickly faded. They periodically resurface, but even adopters only wear them for rare occasions. And many of the people who once had gold grills are now much happier to have bright white veneers.

It’s not coincidental that tooth polish has been described as 2018’s worst beauty trend. Given that response, it seems unlikely that this trend will ever be adopted on a wide scale.

A Beautiful Smile Is Always in Style

When it comes to making changes that will help you look your best in any situation, cosmetic dentistry is probably your best choice. Having bright, straight, healthy teeth will always be appealing, no matter how many people want to change that.

To learn more about getting a beautiful smile in Sydney, please call (02) 9686 7375 today for an appointment with a cosmetic dentist at My Hills Dentist in Baulkham Hills.