A new study of the prevalence of children’s cavities in Canada shows that the decision of one city to stop fluoridating its water has seriously impacted the dental health of its children.

Children Get More Cavities without Fluoridation 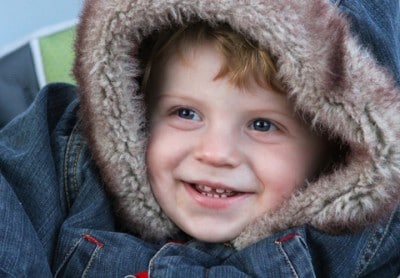 In Canada, as in Australia, local water boards have control over the decision whether or not to fluoridate municipal water. In 2011, councillors in the city of Calgary, about a fourth the size of Sydney, decided to stop fluoridating municipal water. Now, research shows the impact that decision had on the teeth of children in the city.

To determine the potential impact of removing fluoridation, researchers surveyed children in grade 2 (about 7-8 years old) from Calgary and another large city, Edmonton, in the same province, Alberta, that continued fluoridating its water. They found that, since the 2004-2005 year, cavities in Edmonton had grown by an average of 2.1 surfaces, while in Calgary they grew by an average of 3.8 surfaces, almost twice as much!

This new study confirms previous results showing that starting fluoridation in Australian towns reduced the level of tooth decay. In a University of Sydney study released late last year, for example, comparing the rate of dental disease among three NSW communities: Wyong (which has long fluoridated its water), Gosford City (which started fluoridating water in 2008), and Byron/Ballina Shires (which has unfluoridated water). They found that initially Wyong had significantly lower rates of cavities than the other two cities, but by 2010, Gosford City and Wyong had essentially the same rates of cavities, and significantly lower than Byron/Ballina Shires. By 2012, dental disease in the unfluoridated communities was nearly double that in the fluoridated ones.

But Is It Safe?

Most opponents not only deny the benefit of fluoridation, but claim that fluoridation can be very harmful to people drinking the water, causing low intelligence, attention deficit disorder, osteoporosis, and cancer.  Previous reviews have shown no such connections, but through an abundance of caution and an adherence to scientific methodology, new reviews are currently going forward to determine if new data suggests a change in policy.

Fluoridation certainly seems to benefit our teeth here in Sydney, but it can’t prevent all cavities. To try to manage cavities without drilling requires good home oral hygiene, regular dental checkups, and practicing a tooth-healthy diet.

If you are looking for a Sydney dentist to help protect your teeth, please call (02) 9686 7375 for an appointment at My Hills Dentist today.