Just How Sleep Deprived Is Sydney?

British researchers have recently pointed out that people in modern society sleep 1-2 hours less than we did 60 years ago, with potentially devastating consequences. New data based off information from wearable technology shows that this is as true of Sydney as it is throughout the developed world.

Wearable technology has the potential to transform our understanding of how people live, because it can give real-time data from users who have volunteered to use it. Up, a wristband somewhat like a watch (which long ago yielded to cell phones the title of primary timepiece for most people) is worn and gives data about its wearers’ movements, 24 hours a day. Primarily intended to help track fitness and weight loss efforts, the device also collects data about sleep, which has been assembled and analysed by the device’s maker, Jawbone.

How Long Do We Sleep?

According to the data from Jawbone, Sydney isn’t nearly as sleep deprived as many of the other cities surveyed. With the possible exception of mothers, Sydneysiders get a lot of sleep. We’re not quite as high as Melbourne, which gets the most sleep out of any of the cities surveyed at 6 hours and 58 minutes a night (those layabouts!), but we’re close at 6 hours and 55 minutes.

If You’re Not Getting Enough Sleep 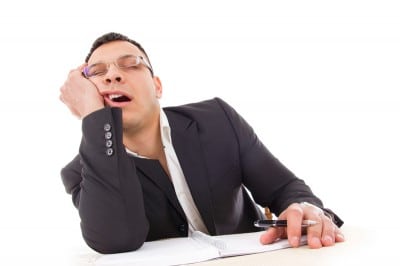 Of course, the data above is based on users of the Up device, and at best reflects an average. If you find yourself not getting enough sleep, it’s important to remember that sleep deprivation can result in increased risk of cancer, diabetes, obesity, and heart disease.

If you’re having trouble getting enough sleep at night, here are some things you can do to try to increase your sleep:

Sometimes, though, it’s not enough to be getting enough time asleep, if the quality of your sleep is being impacted by sleep apnoea. Sleep apnoea symptoms include:

If you notice any of these signs despite spending adequate time asleep, you should talk to a doctor or dentist about sleep apnoea.

If you suspect sleep apnoea and are looking for a comfortable, convenient treatment, please call (02) 9686 7375 for an appointment at My HIlls Dentist.