Feast and Famine: the Paradox of Dentists in Australia

According to two reports released this year, there is both a shortage and a glut of dentists in Australia. According to a report by the National Rural Health Alliance (NRHA), there are far too few dentists in remote rural areas, leading to people to take dentistry into their own hands. However, a report from the Federal Health Department, prepared by Health Workforce Australia, shows that the nation is experiencing an oversupply of dentists. However, these reports are not contradictory because it is partly the distribution of dentists that is responsible for the paradox.

An Aggressive Response to a Dentist Shortage

However, these dentists are unevenly distributed through the country. About 80% of dentists work in major cities. In contrast, less than 1% work in remote or very remote areas. Which leads to the other problem with the dentist supply in Australia. People in remote rural areas often don’t have any access to a dentist.

The concentration of dentists in the bush is less than a third of that in the cities. In the cities there are 64 dentists for every 100,000 people, but in remote areas there are just 21 per 100,000 people. And when you consider how much less dense the population is in the outback, you realize just how far many of these people are from the dentist. Many may have to travel three days to reach a dentist, and if they own property they can’t leave unattended, they may just make do with what they can. 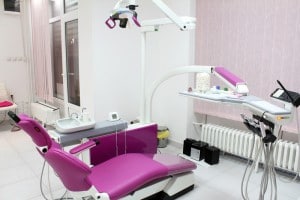 Although there are solutions available, it seems that this paradoxical situation will likely persist for a while. Dr. Olive proposes that limiting the number of graduates from dental schools and taking dentist off the priority skills list for immigration would help even out the numbers. But it’s likely to be 2025 before the ratio of patients to dentists reaches an ideal level.

If you are looking for a dentist in Sydney, we know you have many choices, but we also know that we are very different from your other options. To learn what makes us stand apart, please call (02) 9686 7375 for an appointment at My Hills Dentist today.