Obesity has long been linked to an increased risk for developing sleep apnea, a potentially life-threatening condition in which breathing stops hundreds of times per night. But the findings of a recent Australian study indicate that men who consume high-fat diets are more likely to suffer from sleep apnea. 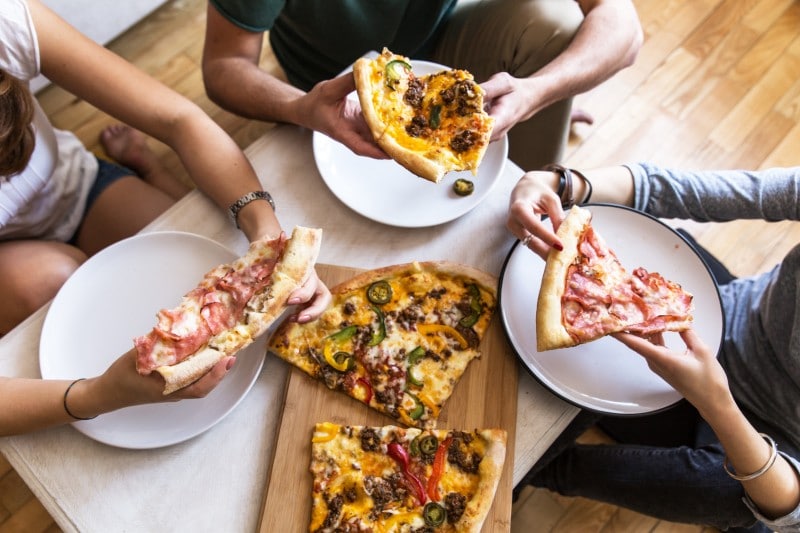 Sleep Apnea and Fat: The Study

As part of an ongoing study into the association between a fatty diet and sleep in men, researchers at the University of Adelaide assembled data—including dietary and sleep information—on more than 1,800 male participants between the ages of 35 and 80. Researchers then made adjustments for “demographic and lifestyle factors, and chronic diseases” and found that those with the highest fat intakes were found to suffer from a variety of sleep-related problems.

Men with high-fat diets reported greater instances of daytime sleepiness and difficulty sleeping at night, and were found to suffer from a higher rate of sleep apnea than those who consumed less fat. In total, about 54 percent of participants had mild to moderate sleep apnea, while 25 percent had moderate to severe sleep apnea.

Interestingly, fewer study participants than were found to have sleep apnea reported symptoms such as daytime drowsiness or poor sleep quality. Forty-one percent of the men reported daytime sleepiness, while 47 percent indicated they regularly slept poorly.

This signifies the importance of being aware of other sleep apnea symptoms and risk factors; many afflicted with sleep apnea are unaware they suffer from this dangerous sleep disorder. In addition to breathing interruptions and daytime fatigue, sleep apnea is often characterized by:

While this study focused on men, and it is true that men are more likely to develop sleep apnea, women can experience sleep apnea as well. Women’s risk for sleep apnea also increases with obesity. Though obesity greatly heightens the risk for the onset of sleep apnea, not everyone with sleep apnea is overweight.

For decades, continuous positive airway pressure (CPAP) devices have been the standard for treating sleep apnea. CPAP provides a consistent airflow during sleep via a mask connected to a circulator.

Unfortunately, many people find the mask cumbersome and discontinue its use before therapy can be effective. Today, some dentists are able to effectively and comfortably treat sleep apnea with the use of an oral appliance.

These form-fitting appliances are custom made for your individual bite, and they are designed to hold your jaw in an optimal position during sleep to maintain an open air passage. Oral appliances have been recommended as a first line of treatment for many instances of sleep apnea by an international review panel.

At My Hills Dentist, Sydney dentist Dr. David Lee has extensive experience treating snoring and sleep apnea, and helping patients restore restful sleep. If you or a loved one suffers from recurring snoring or other sleep apnea symptoms, please call our Baulkham Hills office at (02) 9686 7375 to schedule your appointment.