Will a Pill Someday Keep the Dentist Away?

An apple a day may not be quite enough to keep the doctor away, but could a pill based on new research into a previously unidentified bacteria keep the dentist at bay?

The answer is probably not entirely, but the bacteria — Streptococcus A12 — does show promise in preventing tooth decay. 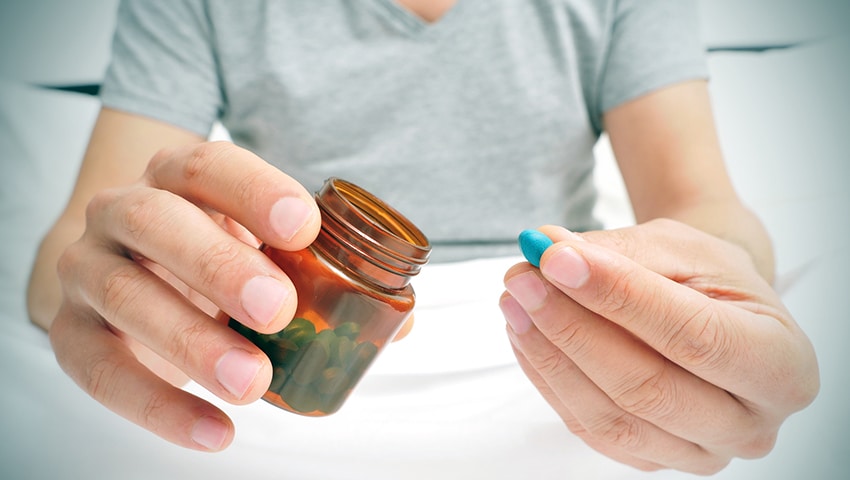 Bacteria play a role in tooth decay, gum disease, and other problems that can impact both your oral health and your general health. But some bacteria are beneficial.

Recent research conducted at the University of Florida found that a particular strain of Streptococcus, now known as A12, can kill or diminish the effects of a related harmful bacteria called Streptococcus mutans. Streptococcus mutans converts sugar into lactic acid, which heightens acidity in the mouth; the increased pH levels, in turn, contribute to plaque growth and an increased risk of tooth decay.

A12 not only mitigates the specific effects of Streptococcus mutans, it helps balance pH levels in the mouth. High oral acidity levels increase the risk of plaque accumulation and cavities.

The University of Florida researchers zeroed in on A12 by collecting plaque samples and isolating more than 2,000 bacteria. Those bacteria were then screened in hopes that scientists could find a strain that metabolizes arginine, an amino acid that is broken down into ammonia and helps neutralize acid in the mouth.

Researchers found what they were seeking in A12, which effectively metabolizes arginine and lowers oral pH by either killing Streptococcus mutans or interfering with mutans’ ability to form plaque. Prior studies indicated that those who have no or few cavities were better at breaking down arginine than those with excessive cavities; researchers just weren’t sure why.

“If you grow [A12 and Streptococcus mutans] together, Streptococcus mutans does not grow very well or make biofilms, also known as dental plaque, properly,” said Robert Burne, a lead researcher in the study and the chairman of the University of Florida College of Dentistry’s oral biology department.

Researchers, whose findings were published in the January 2016 edition of the journal Applied and Environmental Microbiology, said they envision taking a probiotic approach with A12. Probiotics are live microorganisms that have health benefits and are often converted, with other ingredients, into pill or capsule form and sold as dietary supplements.

Burne and his fellow researchers believe a formula could be developed from A12 derived from humans who demonstrated a high capacity to break down arginine. The finished probiotic could then be supplied to children or adults at risk for tooth decay.

Though there is still much work to be done before such a supplement would be widely available, the research team received a five-year grant for its efforts and will continue to explore the possibility that, someday, a pill may be enough to keep the dentist away.

Until scientists actually create an anti-cavity pill, it’s important to visit your dentist regularly for routine checkups and teeth-cleanings. If you’re seeking a Sydney dentist to help safeguard your oral health, please call (02) 9686 7375 to schedule your appointment at My Hills Dentist today.