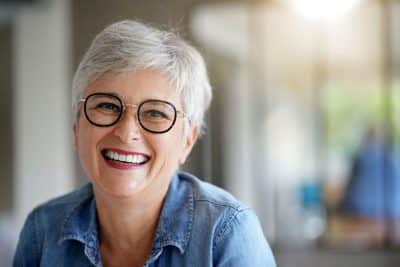 Sedation dentistry offers numerous benefits for anxious dental patients. For some people, it’s the only way they can overcome their anxiety to get needed dental care. Other people benefit from calming a strong gag response, or making it easier to get numb before a procedure.

However, now there’s another thing we can (at least tentatively) add to the benefits column for sedation dentistry: improved healing. A relatively small study showed that people who took sedation before and after a gum graft procedure had significantly better healing than people who didn’t take sedation.

The Sydney sedation dentists at My Hills Dentist in Baulkham Hills know that many of our patients benefit greatly from sedation dentistry. Although this study needs to be confirmed by larger studies, it isn’t a surprising result and is in line with other benefits we know people experience thanks to sedation dentistry.

Dental anxiety is not uncommon in gum graft patients in Sydney. Partly, this is because the procedure has a reputation for being relatively painful. However, it’s also partly because patients are more likely to need gum graft surgery if they neglect getting dental care, such as if they’re skipping dental cleanings out of anxiety. So it’s not surprising that 26 of the gum graft patients (with 33 of the surgical sites) requested sedation dentistry.

To verify healing, researchers examined the treatment area, took pictures, and applied hydrogen peroxide. They found that by day 14, new skin had fully grown over the wounds in 48% of the sedation dentistry patients, compared to only 35% of those who got no medication.

Most people in Sydney think of melatonin as a sleep hormone because of its role in regulating the sleep-wake cycle. However, as with most hormones, melatonin performs multiple functions in the body.

Another role of melatonin is anxiety suppression. In fact, some people try melatonin supplements to help control anxiety before a surgical or dental procedure in Sydney.

Stress hormones, on the other hand, make it harder for the body to get inflammation under control. This keeps wounds stuck in the earlier stages of healing. People with anxiety and depression are four times more likely to have delayed healing than those who don’t report stress related to a procedure.

If you have significant dental anxiety, it might be keeping you from getting the dental treatments you need to promote your oral and overall health. However, even if you manage to make yourself get necessary dental care, your anxiety may still impact you. It might prevent you from healing properly after your procedure.

Sedation dentistry can help you get the best experience and best results from dental treatment. By helping you to get dental treatment earlier, it ensures you don’t develop too many complications from untreated dental problems. However, as this study shows, sedation dentistry might also promote wound healing. Reducing your stress levels before, during, and after dental treatment may help your body control inflammation to progress the healing response.

Sedation dentistry can also help your body get necessary rest before and after your dental procedure. This is one of the benefits of oral sedation: you can take a pill to combat anxiety that starts the night before your dental visit.

Want to learn more about the potential benefits of sedation dentistry in Sydney? Please call (02) 9686 7375 or use our online form to request an appointment at My Hills Dentist, located in Baulkham Hills near Crestwood Reserve.