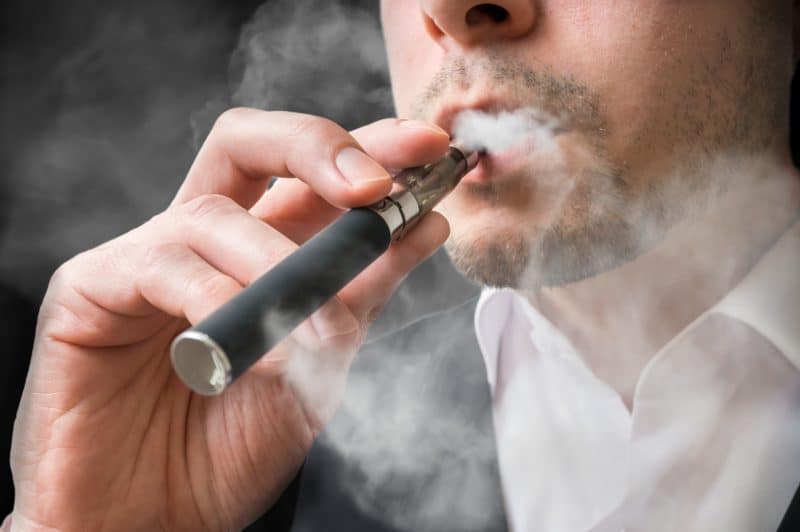 Use of tobacco products kills around 15,000 Australians every year, so it’s easy to see the appeal of a product that could potentially reduce that risk. E-cigarette companies promote this suggestion. But there is no evidence that e-cigarettes are any more effective as an aid to stop smoking than non-nicotine containing alternatives.

In a conventional cigarette, the burning of tobacco releases smoke to deliver nicotine into the lungs. An e-cigarette also delivers nicotine to the lungs, but without combustion. Instead, a battery-powered device heats a liquid containing nicotine. The nicotine liquid turns to a vapor. Users inhale this vapor (hence, “vaping”).

Since e-cigarettes don’t contain tobacco or give off smoke, many believe they cause less damage. Some evidence shows that they are indeed less harmful than conventional cigarettes, but that doesn’t mean they’re harmless. In fact, a recent study found just the opposite.

A study at the University of Rochester Medical Center exposed non-smoker human gum tissue to the vapor produced by e-cigarettes. The results weren’t pretty: Not only did e-cigarette vapor damage the gum tissues, but certain flavorings added to the nicotine liquid in e-cigarettes actually made the damage worse. The damage included DNA damage that could potentially lead to oral cancer.

Gum disease is a major threat to your oral health. And it’s been linked to stroke, rheumatoid arthritis, pregnancy complications, respiratory disease, diabetes, and even heart disease, which is the leading killer in Australia.

There are also a variety of treatments for gum disease, so if you think you might be at risk, your dentist can help. Please call (02) 9686 7375 or contact us online to make an appointment at My Hills Dentist in Baulkham Hills.