Have Psoriasis? You Should See a Dentist

We know that oral health and overall health are closely linked. In fact, conditions like gum disease, tooth decay, and tooth infections are commonly linked to systemic conditions.

And now a new study has illuminated another link: psoriasis and gum disease. This study shows that people with psoriasis are much more likely to have serious gum disease. However, we don’t yet know whether this is because the two conditions share common risk factors or if one might trigger the other. 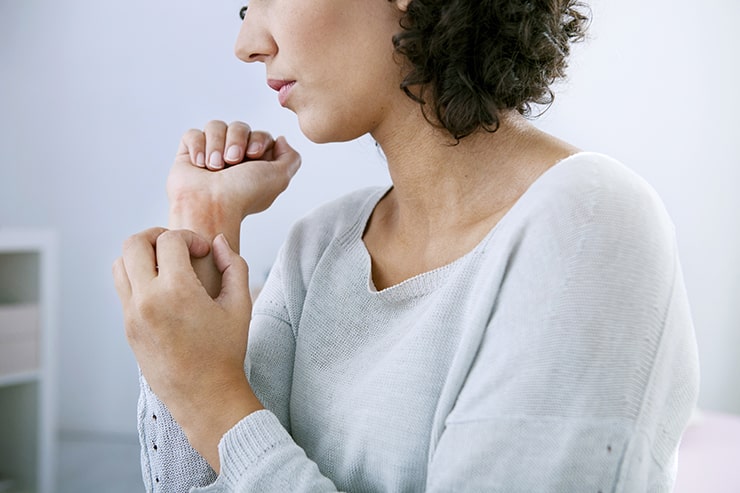 For this study, researchers looked at 100 people with psoriasis and 101 people without. They compared the two groups on their oral health, including looking at signs of gum disease like bleeding on probing (BOP) and community periodontal index (CPI). They also looked at tooth health factors, including the decayed, missing, filled teeth index (DMFT).

Statistical analysis confirmed that these relationships were significant. Psoriasis was established as an independent risk factor for gum disease, even after taking into account risk factors such as smoking.

However, the DMFT index was not linked to psoriasis status.

This study doesn’t tell us anything about causality, it merely establishes a relationship. However, the authors of the paper believe that the two conditions are linked genetically. This makes sense. After all, gum disease is a two-part problem. Partly, it’s related to the presence of oral bacteria, but it’s also your body’s response: a more severe inflammatory response leads to more swelling, bleeding, bone loss, and even tooth loss. And psoriasis is an autoimmune disorder, related to the body have an overactive immune response, in which the immune system attacks the skin and sometimes the joints. It’s possible that psoriasis and advanced gum disease are both caused by the same genetic instructions that lead to an overactive immune system.

But it’s also possible that gum disease, instead of being a disease with a shared cause, is actually a potential cause for psoriasis. Psoriasis is closely linked to another autoimmune disorder, rheumatoid arthritis, in which the immune system attacks the body’s joints.  And we know from other research that gum disease actually has the power to trigger conditions very similar to rheumatoid arthritis: the chronic infection triggers subverts the immune response and causes it to cycle out of control.

Therefore, it’s possible that gum disease could serve as one potential trigger for psoriasis (though likely not the only one).

If You Have Psoriasis, Make Sure You See a Dentist

If you are in the Sydney area and haven’t seen a dentist for a while, please call (02) 9686 7375 today for an appointment at My Hills Dentist in Baulkham Hills.