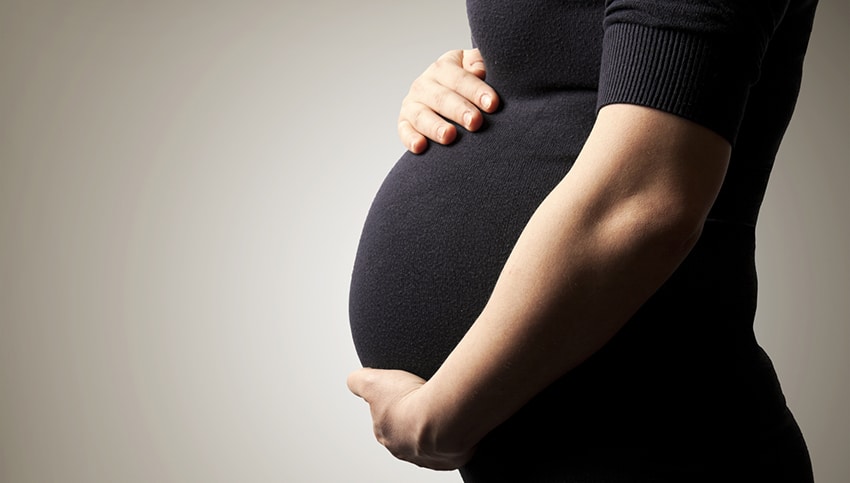 When you’re pregnant, there’s a lot to think about. Everything from your diet to your exercise regimen to the shampoo you use is suddenly being scrutinized for its possible effect on the baby. And of course, there’s a ticking countdown timer until you need to be prepared for baby’s arrival.

Because of all this, it may not surprise many pregnant women to find that they’re losing sleep. After all, anxiety and excitement can both impact sleep routines, and pregnant women are normally experiencing plenty of each. But losing sleep during pregnancy could be a hallmark of something a lot less harmless: Obstructive sleep apnoea.

Obstructive sleep apnoea is a sleep disorder in which the soft tissues in the airway collapse during sleep, obstructing air flow and causing the sleeper to stop breathing for short periods. This disorder not only causes snoring, daytime fatigue, and focus and memory issues, but can have much scarier long-term effects: High blood pressure, stroke, and even heart disease.

Some women already have sleep apnoea before they become pregnant —in fact, some estimates suggest that around 4 million Australians suffer from sleep apnoea (9% of women and 25% of men). Because the symptoms are easy to underestimate and the disorder manifests while the sufferer is asleep, the vast majority of sleep apnoea cases are thought to be undiagnosed.

But even if a woman doesn’t suffer from sleep apnoea before pregnancy, that could all change once she’s expecting. Studies show that 78% of expectant mothers experience disturbances to their sleep during pregnancy. Since heightened estrogen levels have been known to cause swelling in the mucus membranes of the airway, it’s entirely possible that women who previously had no symptoms of sleep apnoea could start experiencing the disorder while pregnant.

While sleep apnoea is accompanied by its own host of deadly health complications, that picture grows even more troubling when pregnancy is added into the mix.

A 2010 data review confirmed that sleep disordered breathing was prevalent among pregnant women, and found that women with sleep apnoea had increased risk of gestational hypertension and preeclampsia, as well as gestational diabetes. In 2014, those findings were confirmed with another data review. Those researchers found that pregnant sleep apnoea sufferers were more likely to experience eclampsia and preeclampsia, as well as pulmonary embolism, cardiomyopathy, and even death.

They were also nearly twice as likely to spend time in the ICU after giving birth, and tended to spend longer in the hospital.

Sleep apnoea can be deadly not just for pregnant women and their babies, but for anyone. The most effective way to avoid complications and health issues as a result of the disorder is to keep an eye out for symptoms and communicate clearly and honestly with your doctor.

If you do have sleep apnoea, your dentist can help provide treatment that will alleviate symptoms and reduce or even eliminate the life-threatening risks that come with the disorder. You need an experienced sleep dentist in Baulkham Hills. Call (02) 9686 7375 or contact us online to make an appointment.