Is There a Link between Secondhand Smoke and Cavities?

A new study has added evidence to the link between secondhand smoke and early childhood cavities. This is not the first time this link has been proposed, but we still don’t have enough evidence to point to a definitive link. 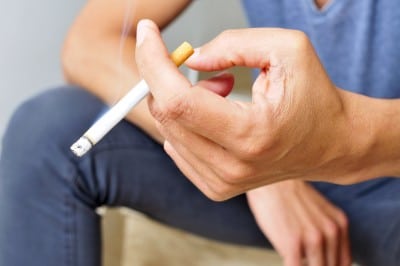 The newest data for this connection comes from a large study of early childhood cavities among children in Japan. The study included more than 31,000 children who had dental exams at the age of 18 months and again at three years of age, an average of 21 months later. Researchers also had survey data from parents about many different aspects of the children’s lives and health, allowing them to look in detail at many potential factors for risk of cavities. They found that children were more likely to have cavities at age three if:

Although the proportion of kids who lived with a smoker that had cavities was much higher than those who didn’t live with a smoker (19.9% vs. 13.5%), researchers were reluctant to ascribe this to a causal relationship, saying that “it is not yet time” to call this a risk factor.

Nonetheless, this research adds to evidence that was assessed in a 2011 review of more than 40 studies on the subject of secondhand smoke and cavities in children, which said that there was suggestive, but not conclusive evidence of a connection.

We have long been noting that smoking has a very negative impact on your oral health and on the failure rate for dental implants. Unfortunately, it seems likely that secondhand smoke is also detrimental to the oral health of people with you. If you don’t think your oral health is worth it to quit, consider the health of your loved ones, including your children.

If you would like to learn more about lifestyle choices that protect your teeth and your health, please call (02) 9686 7375 for an appointment with a Baulkham Hills dentist at My Hills Dentist.