Subjects were kept on their treatment for three months before results were gauged.

Objective and Subjective Measures of Health 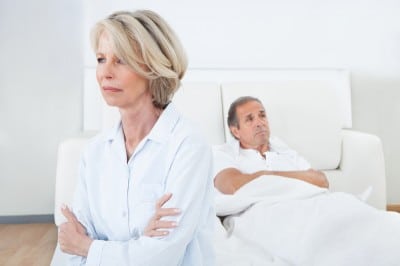 They found that men who got CPAP experienced more nighttime erections than they had before, and more than those who didn’t get CPAP.

In addition, men were surveyed about how they felt about the results of their treatment. Men who got CPAP reported more satisfaction than those who got ED drugs.

Of course, ED has many potential causes, and sleep apnoea treatment should not be viewed as a universal cure.

But Is Treatment a Barrier to Intimacy?

But there is a better way. Oral appliances are comfortable, easy to wear, and easy to remove. They can be discreetly used by either partner and quickly discarded as necessary.

If you would like to learn more about the benefits of discreet and effective sleep apnoea treatment in Sydney, please call (02) 9686 7375 for an appointment at My Hills Dentist.